Home Productivity Myths about multitasking, or How our brain responds to it 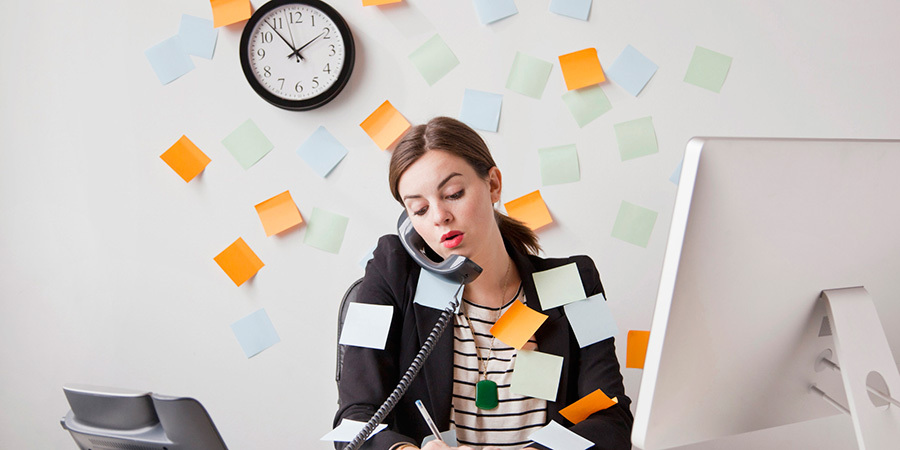 For most of us, simultaneous performing multiple tasks makes it less productive. So why the hell are we so tough to concentrate on a single thing?

We all know very well that to work effectively, we need to focus on one thing and like anything, to avoid multitasking. And yet, somehow, we forget about it, having dinner in front of the TV with a notebook open on our lap. We write letters, browse news feeds, peek in Facebook and Twitter, communicate in chat rooms – all this together with the performing our main tasks. And in spite of that, deep in our hearts, we believe we are sure able to manage all this pile of multitasking with impunity to our productivity, or, at least, with minimal losses.

I’ve recently started my new working project, which aims at “single-tasking”. The results of my operation in the mode of “not-all-at-once” impressed me a lot, that’s why I decided to delve into the study of this issue. I was interested to see what’s going on in our heads, and to get an answer to my long-standing question:

Why do we multitask at once? Why do we develop the habit of spreading ourselves too thin?

I found amazing the results of the research, and the answer to my sore subject was simple, if not prosaic: This brings us moral satisfaction”.

But the irony is that the people, who do a lot of things at once (in spite of the statistics, shattering our faith in multitasking) feel themselves very productive, and most of them are firmly convinced they can easily beat Julius Caesar. And when we see such a self-confident person, we want to be like him. And, in fact, why are we worse? Dictum – factum. And now, unwittingly we smoothly master the art of multitasking, at first barely taking on more and more new things, then we get used to and enjoy the feeling of gaining Zen and entering the league of super-productive people. At this time, the daily performance only decreases, as shown by the research.

How does the human brain respond to multitasking?

Most interesting is that our brain is not at all adapted to multitasking. While we are having dinner, doing Facebook parallel to browsing the news feeds, our “chief thinker” doesn’t focus on all these activities simultaneously – on the contrary, it frantically tries to switch between different types of activities that we have loaded on it.

In the image below you can see the different brain activity when performing multiple actions and the way it shifts from one task to another, while you are focusing on each business for a few seconds at a time. 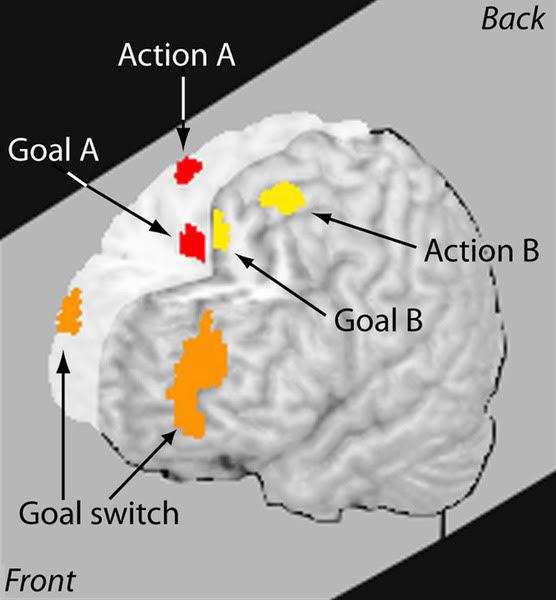 Dr. Clifford I. Nass, the researcher of Stanford University, suggested that the multitaskers, in any case, develop some other amazing abilities. It seemed to him that they had to be great at filtering information and rapid switching from one task to another, and were also supposed to have a good short-term memory.

Unfortunately, as a result of his research, Professor Nass had discovered that all his assumptions were wrong – none of the three had been confirmed:

We were absolutely shocked. We all lost our bets. It turns out multitaskers are terrible at every aspect of multitasking.

Multitaskers are worse at filtering out useless information and much slower at switching their attention from task to task, compared with those who are focused on one thing.

Most studies show that such practice is harmful to us – not only our productivity is suffering but also the ability to filter out irrelevant information.

I noticed all this before a thorough study of the subject. And in order to increase the productivity of my work again, I decided to “dot the «i’s»”, having regularized all my workflows (special attention was paid to the online work) and banned multitasking once and for all. 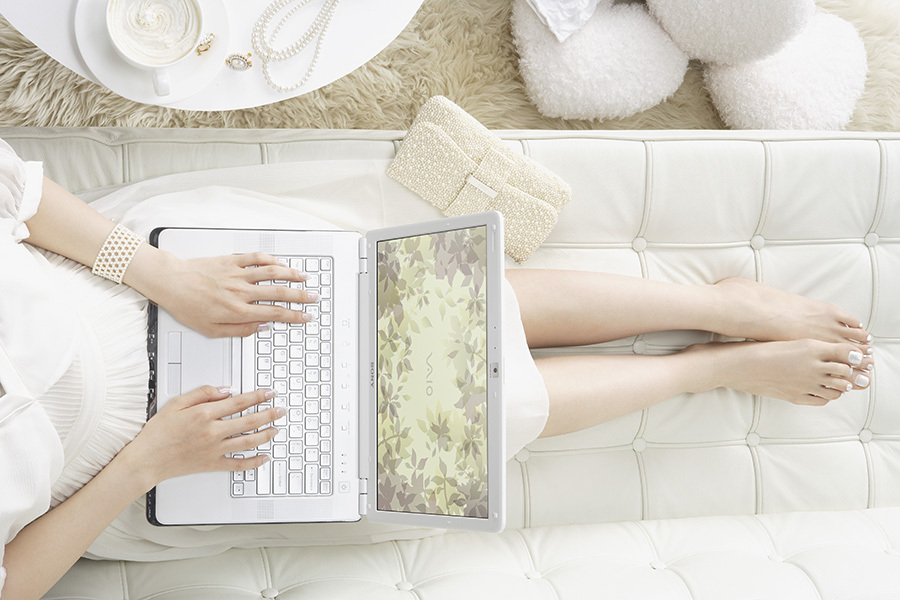 Before I learned about all that has been stated in the beginning of this article, I’d already had enough problems with multitasking. Normally, doing the job I had Google Chrome with multiple tabs, two mail-windows, Facebook and a messenger open. With all this fortune I felt downtrodden and couldn’t concentrate properly – my brains were ready to explode, but the job reluctantly crept forward at a snail’s pace. I had to immediately put an end to this and start working effectively. To combat the multitasking fever I had to say goodbye to my usual work rhythm and create a set of rules:

1. One tab in the browser

As you might guess, this strategy implies that I limit myself to only one tab in the browser – so I have to prioritize and do the task, which is most important to me.

I’ll sketch this out with an example. Some of my key tasks are associated with e-mailing, chatting, tweeting and blog-posting. Before, I used to open them all at once, but now I work with each in turn: having completed one thing, I close the active tab, and move on to the next.

It’s realistic and effective only in conjunction with another important point:

Thanks to this rule, my idea of working with only one tab in the browser didn’t remain merely an illusory fantasy, but has become a pretty real fact and even grew into a habit. Every night I sit down and have a brainstorming session on what I need to do tomorrow. It’s not my invention, this technique is quite commonly spread, and perhaps, you have been long doing something like this.

In my case, I revised the idea of compiling a to-do-list: at the end of each workday I negotiate my problems with our CEO, and it has led to serious productivity improvements.

Now, instead of semi-automatic sketching the list of tasks, I need to think about them and be prepared to explain to others why I’ve chosen these goals, and most importantly – how I will reach them. And thus, I got a better understanding of what exactly I’ll be busy with the next working day and every project takes a clearer shape in my head – so, it’s half the work. You can meet with your colleagues for such 10-minute briefings, it’s good for your productivity, and just great – to socialize and discuss your projects.

3. Setting goals with the help of SmartProgress

It’s a product which not only helps me set goals but methodically go towards them. Many articles about productivity and achieving goals say that for the successful implementation of all plans you need to share your ideas with others, publicly declare your endeavors. SmartProgress provides this opportunity. It helps find the silhouette of what once was a dreamlike idea. In the community there are always folks happy to give advice and share their experiences in achieving the goals which may only lie ahead of me.

But what motivates most of all, is a necessity to account in my progress. Fixed in the mind of a modern human notorious subconscious fear of failure and disapproval, so often militating against success, plays into my hands here. The reluctance to publicly admit that I have failed or showed weakness and didn’t keep the promise to myself, is pushing me forward. Going to the goals is not easy, and so, it’s especially important to make sure there was enough motivation for all the way from start to finish.

4. Change of Scenery (at least once a day)

It’s something that helps me keep productive and focused on one task. We often hear that we need a comfortable workplace. As it turned out, I need a lot of such places, so that having completed one task, I could change the scenery and start something new. I tried to do 5-minute breaks, close the laptop and go for a coffee or something like that – it doesn’t help. That’s why the change of place became a customary part of my daily work routine. I mostly work at home in the morning, then I go to a cafe. I even compiled a list of coffee-shops where I can continue working for my company, but in a different atmosphere. I know, such opportunity is not available to everyone, but this rule could serve for the benefit of those who, like me, have a remote work.

And finally, a lyrical digression (I want to delight melomanes, to whose army I belong myself): listening to music while working is not multitasking that will undermine your effectiveness. The aforesaid Professor Clifford Nass mentioned: “We have a special part of our brain for music, so we can listen to music while we do other things.” A well-chosen music can even increase our productivity.

And how do you feel about multitasking while working online? Do you have mechanisms which help you combat things that distract you? What do you do to avoid multitasking?

The post is written based on the original source and the author’s personal observations. 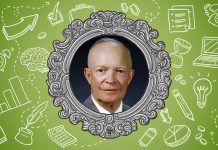 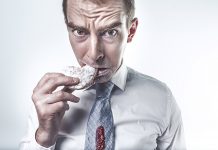 The whys of failures in achieving goals